I’ve been lately concerned about the viability of the Green-Wood Cemetery wild Quaker Parrot flock in light of the recent appearance of three kestrels who’ve behaved very aggressively toward the parrots in the past several months. (The kestrels are by no means the only active avian predators at Green-Wood ; several red-tailed hawks live there as well and are often seen at the main gate, which is situated near the western edge of the cemetery.)

Today I made a visit to the Cemetery in an attempt to assess the size of the flock. My fear was that it had been greatly reduced by all the recent predator activity. 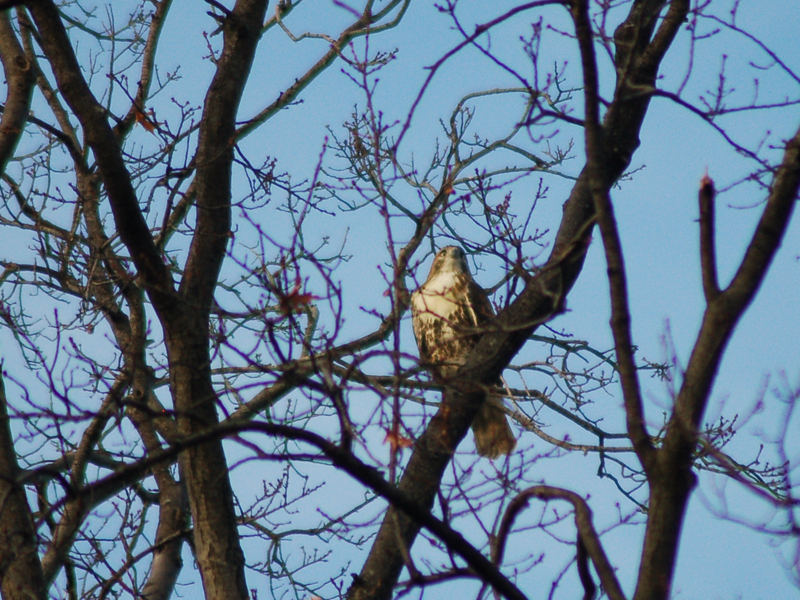 I was not at all optimistic when I arrived shortly after 2:30 PM, especially after spying a large red-tailed hawk that had perched in a big tree about 50 feet from the main spire where the parrots’ main nest complex is located. The hawk, the sky, the tree, the world — all were silent. Some may have found this silence peaceful but I found it ominous.

I was just about to leave but then heard multitudinous squawks emanating from a group of about 9 parrots arriving from the northwest, settling into the tree just above the hawk. Oddly, the parrots did not demonstrate any nervousness toward the hawk; in fact they spent their time calmly grooming/preening each other. (Who was it that said that “guts is grace under pressure?”)

A few minutes later, a much larger group of parrots arrived from the northeast, filling the sky with a chorus of squawks and screeching. This screeching continued as the parrots settled into the tree above the hawk. The cacophony was loud enough to draw the attention of several human by passers far below who looked up with bemused concern. 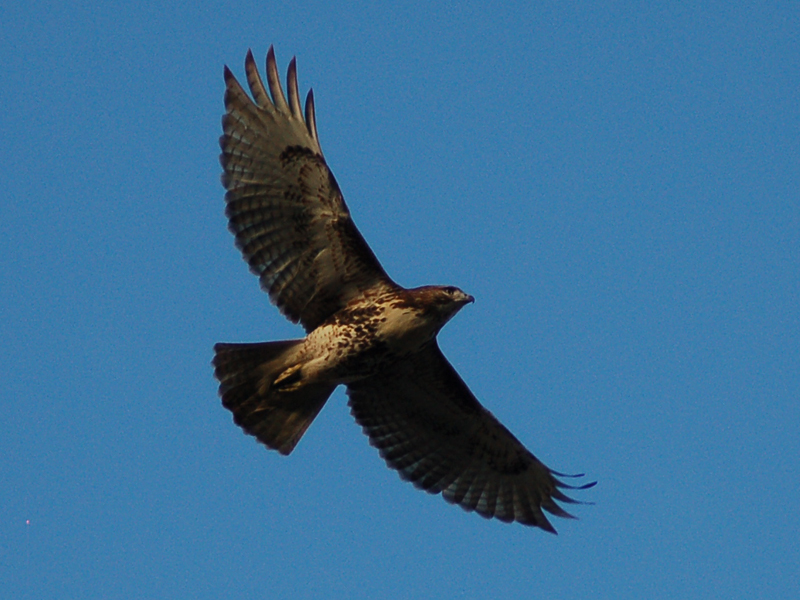 Suddenly, the hawk took off, clearly bugged by the noise level. So did the parrots, circling high above the gate and sounding what to my ears could only indicate a chorus of victory. The hawk made his way to the north part of the cemetery, where a large group of pigeons had previously been sighted.

This brief aerial drama enabled me to capture in a single frame what is most likely the entire Green-Wood Cemetery wild parrot flock. As you can see, there are 36 parrots in flight together (the leading (rightmost) bird is a starling, not a parrot, which led me to initially believe there were 37). 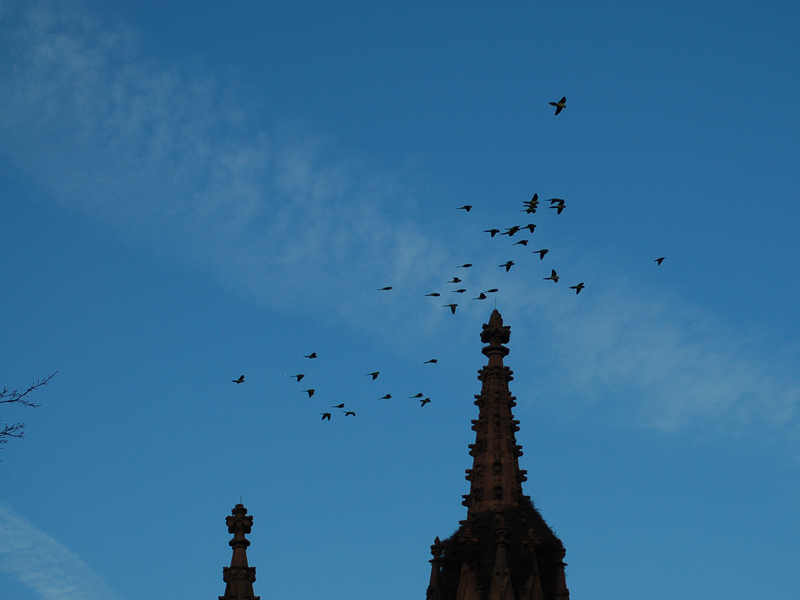 I think that this is a good healthy count — more parrots then I’ve seen in any prior visit in the past two years and probably enough to ensure the flock’s viability in the future (Quakers do best in the wild over the long term when a large flock is in place, although there have been cases when a smaller number of birds can generate self-sustaining flocks).

I don’t know exactly how they’re doing it, but they’re surviving, even in the face of so much new opposition from avian predators, and that’s good news in my book.