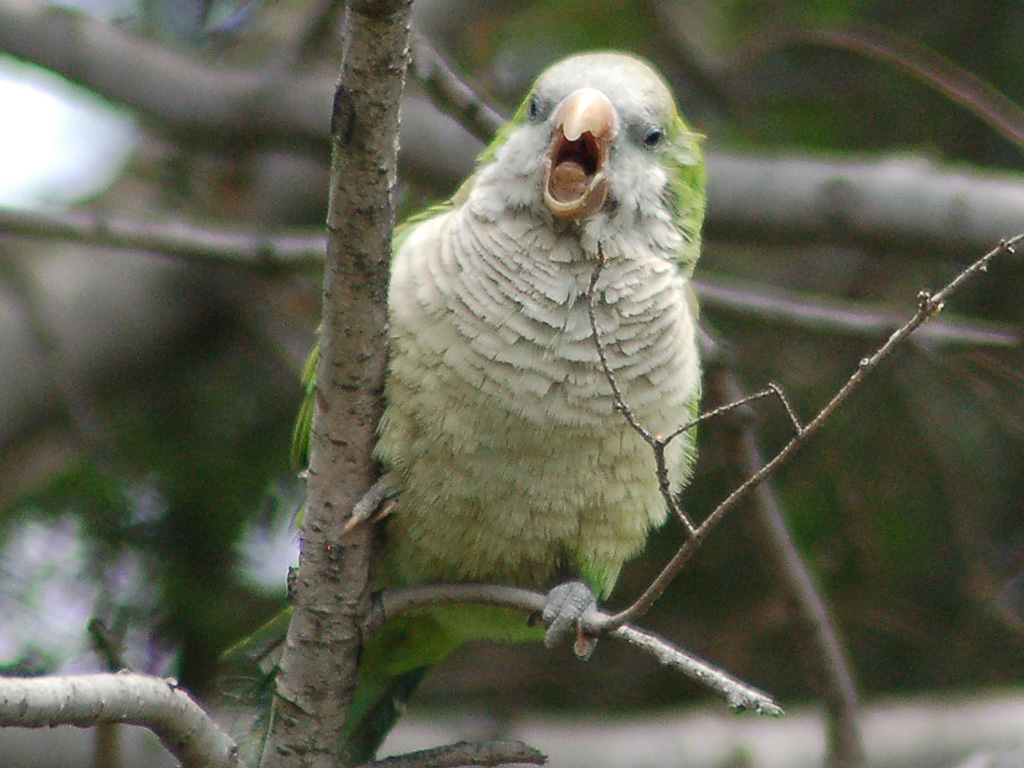 Because of the recent displacement of the parrots from the area that — for many years — we’ve conducted our Wild Parrot Safaris — I put these outings on hiatus back in April.

I would like to announce that the Wild Brooklyn Parrot safaris will resume in a “new” location (the quotes are there because we actually have done Safaris at that location before). I hope to announce a date for the Fall Safaris in a few days. Please stay tuned.

I had the recent pleasure of accompanying writer Lenora Todaro on a trip to Green-Wood Cemetery to see the wild parrots. She interviewed a bunch of New Yorkers — including myself — on what these interesting interlopers are up to, and what they can teach us about living in New York City. Lenora’s well-written, thought-provoking article, published to the Catapult Website, was published today.

The wonderful folks at BRIC Arts Media  made a nice video on the Brooklyn Parrots (AKA Monk Parakeets) that just came out today. I hope you enjoy it — BTW BRIC is a great institution whose mission is to bring today’s tech-centric tools of expression to the larger community. Please support them! 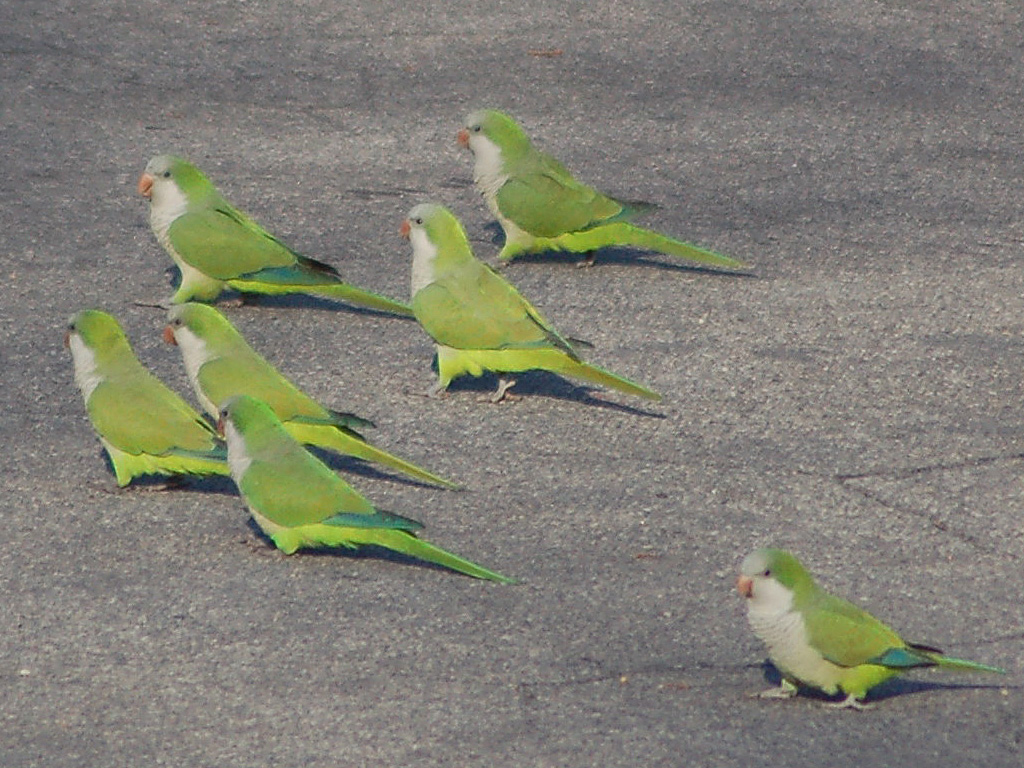 I had the recent pleasure of meeting WCBS News Radio88 reporter Mike Sugerman and relating to him the strange tale of the wild parrots of Brooklyn. The result is a very nice story on the “boids” posted to WCBS’ site today. Check it out at: 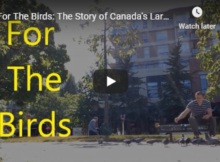 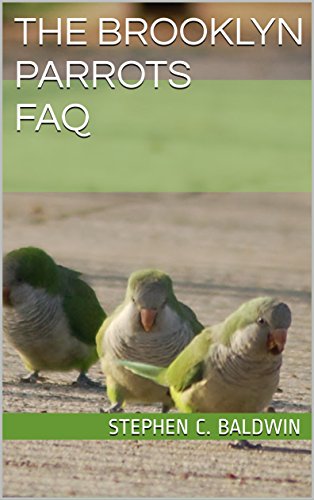 I recently had the opportunity to give a talk for Phoenix Landing — an all-volunteer organization dedicated to the well-being of parrots that’s based in Asheville, North Carolina. During the Q&A, a gentleman in the audience asked me where he could find my book, and I then realized that it’s almost impossible to find it, unless one goes to Amazon.com and types “brooklyn parrots” into the search bar.  So here’s a direct link to the one and only Brooklyn Parrots FAQ, authored by yours truly. It’s electronic (I may do a hard copy version in the future but this will have to do for now), priced at a rock-bottom $4.99, and available now. If you’d like to support my free safaris in Brooklyn, buying the book will help (just click on the image). 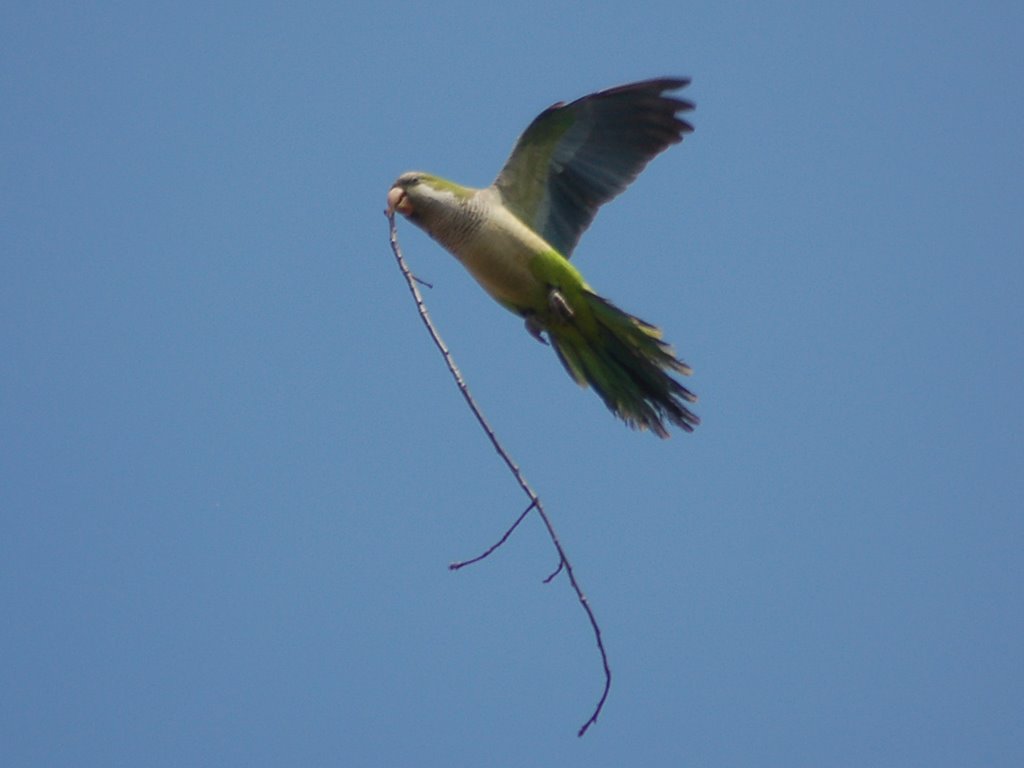 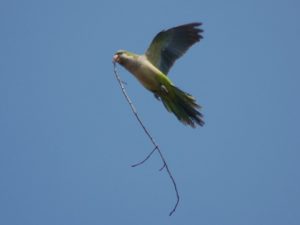 As you can tell, we’re doing renovations this week on brooklynparrots.com. Hope to have things up and running soon — thanks for your patience.